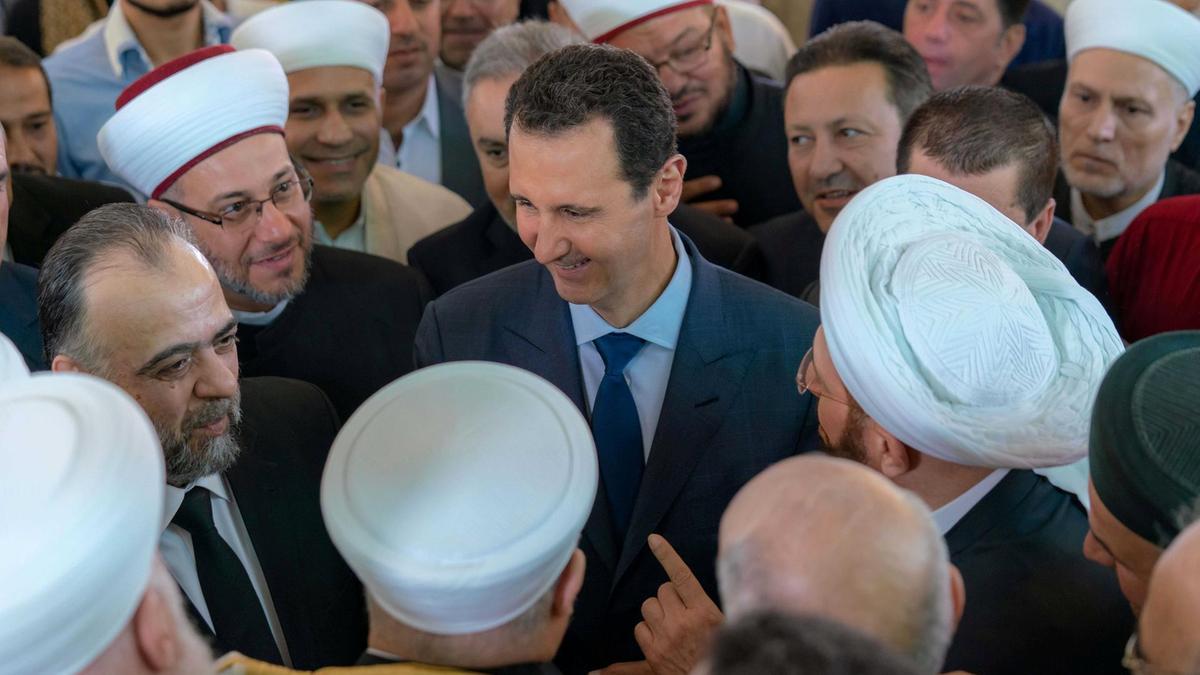 On Oct. 10, Syrian President Bashar Assad issued Law 31 of 2018 regulating the structure and functions of the Awqaf Ministry (Religious Endowments) after a parliamentary review that suggested 26 amendments to his draft presidential decree. When this initial draft was presented to Parliament on Sept. 20, it triggered widespread controversy within regime-controlled areas. Regime supporters were concerned that law would increase the influence of the Awqaf Ministry, which could further threaten religious pluralism and the state’s attempts to promote itself as the defender of secularism. Others accused Mohammad Abdel-Sattar al-Sayyed, the current awqaf minister, of using his close relationship with Assad to impose the new legislation, which enhances his own authority.

However, Law 31 merely formalizes the regime’s long-standing hegemony over religious affairs, part of its broader pragmatic strategy of manipulating state institutions to maintain a tight grip over society. While the Awqaf Ministry has never been independent, the law reveals the extent of regime efforts to control popular religiosity and to prevent any unwanted religious mobilization in the future, whether by the Muslim Brotherhood or Wahhabi groups.

The regime has been gradually empowering the Awqaf Ministry to accomplish this. In April 2014, Assad held a meeting with various religious figures wherein he detailed his vision of the role of the ulama and the Awqaf Ministry in halting the spread of extremism. He noted that “the crisis has offered us an opportunity to draw clear boundaries between black and white. For us the state and the Ministry of Awqaf this means that it is now easier to differentiate between the patriotic alim and the unpatriotic alim, between the extremist alim and the moderate alim.”

This planned expansion of the functions of the Awqaf Ministry has since sped up as the regime has started to prepare for a postwar Syria by enacting new legislation. After regaining control over most of Syria’s urban centers, including Eastern Ghouta, Deraa and Aleppo, the regime now feels secure enough to address long-term religious and social issues such as radicalism and extremism.

The new law grants the Awqaf Ministry additional powers. Article 5 establishes a Jurisprudential and Scholarly Council with the power to define what religious discourse is “appropriate.” The minister then has the authority to penalize religious figures who propagate “extremist” or “deviant” thoughts by withdrawing their license or filing civil lawsuits against them.

The council will monitor every fatwa issued throughout the country to prevent the spread of any “Ikhwani” (meaning Brotherhood inspired or affiliated) or “Wahhabi” thoughts, which the regime has consistently labeled as threats since the start of the conflict in 2011. The regime repeatedly accused the Muslim Brotherhood affiliates and the Wahhabi factions of spreading sectarianism and religious extremism in Syria. In October 2011, Assad told the Telegraph, “We’ve been fighting the Muslim Brotherhood since the 1950s and we are still fighting with them.” The regime has been attempting to legitimize its violence by framing its actions as spearheading the global war on terror.

The law also consolidates a range of existing posts and institutions within the ministry, transforming it into the only hub for all religious affairs in Syria. Article 35, for example, states that the awqaf minister will nominate the grand mufti for a three-year term, renewable only by presidential legislation. This highlights efforts to centralize religious authority by bringing the office of grand mufti, who was previously appointed by the president for an indefinite term, under the ministerial structure.

Law 31 also gives the Awqaf Ministry authority to oversee the work of “Quran female-teachers,” a reference to the Qubeysiyat, an influential female-only religious movement whose existence the Awqaf Ministry denied in May 2018, claiming that “there are only 1,200 female teachers. … They are volunteers who work under the supervision of the ministry.”

Additionally, Article 49 of the law also creates a Central Council, directed by the minister, with the power to establish a branch in every municipal and administrative center to oversee religious rituals and celebrations and to evaluate implementation of the ministry’s plans. These efforts are not a decentralization of religious authority. On the contrary, the new law formalizes strong centralized regime oversight of Syria’s religious affairs.

The regime has long deprived religious figures of any independence, especially after the armed Islamist rebellion against Hafez Assad’s rule in the late 1970s and early 1980s. The state infiltrated and spied on any ulama who were not formally part of the state structure, which left them with limited or no credibility in the eyes of their audience. The nonconfrontational posture these ulama assumed in response continued even after the spread of demonstrations across Syria in 2011. The already co-opted local religious authorities were unable to provide an appealing religious discourse for revolutionaries. Most of the traditional Sunni religious figures who had previously been close to or directly sponsored by the regime, such as Sheikh Mohammad Said Ramadan al-Buti, remained loyal or at least politically quiet.

Given their limited freedom, these ulama delivered sermons and issued fatwas only on marginal issues or on general historical and moral topics while adopting a quietist stance toward the repressive political elite. The Syrian regime promoted and rewarded loyalist figures, compounding religious figures’ lack of credibility. For example, the loyalty of Abdel-Sattar al-Sayyed to Hafez Assad not only ensured his position as awqaf minister between 1971 and 1980, it enabled his son Mohammad to climb the bureaucratic ladder quickly. Mohammad Abdel-Sattar al-Sayyed has been awqaf minister since 2007, and since 2011 he has become one of the regime’s main defenders.

The religious figures who decided to break with the regime after 2011, such as Sheikh Osama al-Rifai and Sheikh Mohammad Ratib al-Nabulsi, were unable to adopt or develop a new revolutionary discourse different from the traditional fusion of Ashari-Maturidi theology and quietist Salafism that eschewed politics and focused on promoting taqwa (piety) and social conservatism. Represented by the Nusra Front and other jihadi groups, Salafi-jihadism was able to fill the vacuum in parts of Syria, especially in the northwest. The regime’s excessive use of violence and the lack of political openings meant that more people saw violent extremist movements as the only viable conduits for social and political change or even just survival.

Feeling secure enough in its hold on power, the Assad regime is turning its attention to containing and managing mainstream religiosity as a way to neutralize any rising religious competition.

Creating new bodies such as the Jurisprudential and Scholarly Council and the Central Council is meant to prevent any uncontrolled religious mobilization in a postwar Syria. But such top-down measures that seek to formalize state-religion relations under authoritarian rule may instead deepen public mistrust of formal religious institutions and stimulate clandestine religious activism.