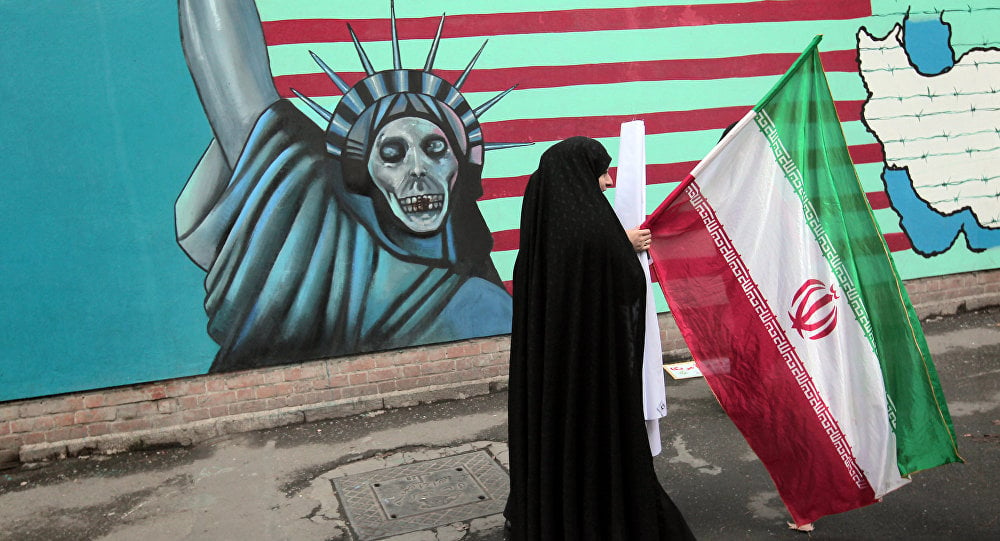 The U.S. sanctions on Iran, that took effect on the fifth of this month, include, basically, the sectors of transportation, banking and energy. The energy sanctions, whose goal is to reduce Iranian oil sales to zero, have effectively been postponed. Eight countries, that account for some 80 percent of Iran’s oil sales, have been “temporarily” exempted. Russia, on the other hand has announced that it will continue to purchase Iranian oil (through barter, if needed) for re-export to other countries. The purpose of those exemptions is, effectively, to allow the oil market to adjust to the fall in Iranian oil exports.The more biting sanctions are those on the transport and banking sectors. Iran Air and Iranian shipping vessels, as well as 50 Iranian banks, are affected by these sanctions. SWIFT, a member-owned messaging platform, that connects more than 11,000 banks around the world, permitting transfers of funds between them, has been warned by the U.S. Treasury that it will itself be subject to sanctions if it dealt with Iranian banks. The platform has already severed its relationship with Iranian banks, thus severely limiting their capacity to make money transfers to and from the rest of the world.

The effects of these sanctions on the Iranian economy are undeniably great, in spite of the postponement of the sanctions on oil exports. The Iranian economy began to show these effects even before they were formally imposed. This year alone the Iranian rial has lost more than 60 percent of its value against the dollar. The inflation rate has reached over 20 percent and economic forecasts show an expected decline in GDP of more than 4 percent next year.

Yet Iran is not likely to respond positively to the invitation of the United States to renegotiate the nuclear deal, although a breakthrough could not be ruled out. In any case, and learning from the North Korean model, the U.S. is likely to keep the sanctions until the end of potentially long negotiations. The American demands, moreover, are difficult for the Iranians to accept since they include a complete withdrawal from the region and the dismantling of the militias associated with it, from the Houthis in Yemen to the Hashd al-Shaabi (Popular Mobilization Forces) in Iraq to Hezbollah in Lebanon. Iran also suspects that the ultimate purpose of the Americans is regime change. So, whether or not Iran accepts to negotiate, the sanctions will probably remain in place for the foreseeable future.

These are the direct aspect of the sanctions. But what about their ripple effect, the collateral damage that they create. Indirect effects are likely to prove more important than the direct ones. Here are some of them.

First, the European Union, a signatory of the Iran deal, did not withdraw from it and considers that its economic relationship with Iran is crucial. But, at the same time, European companies are unwilling to break the sanctions despite the vague promise of the EU that they would be compensated for any damage. The EU is hard at work on a “special purpose vehicle,” a sort of clearing house arrangement, whereby Iran’s proceeds from selling oil to Europe will be paid for by Iranian purchases from Europe but, so far, no European country has even offered to host this facility from fear of falling within the American sanctions. According to the New York Times, Europe expects that its trade with Iran will, nevertheless, fall considerably, to not more than 40 percent of its pre-sanctions level.

But this is not the end of the story. The attitude of the EU, declared recently the American Secretary of State Mike Pompeo, “is one of the most counterproductive measures imaginable for regional and global peace and security.” Thus, if the SPV proves to be effective in reducing the effect of the American sanctions on Iran, especially that China and Russia are said to be interested in joining it, it would not be too unlikely that the U.S. would impose sanctions on the SPV itself, creating further rift between Europe and the Unites States. Clear signs of the rift are already there. French President Emmanuel Macron recently called for a “real European army’’ that helps Europe defend itself by itself, and 10 European countries have launched, earlier this month, a coalition of European militaries ready to react to crises near the continent’s borders. President Trump tweeted recently that the idea of a European force is “insulting” to the United Sates. How far the rift between Europe and the U.S. will go is anybody’s guess but it is clear that the differences regarding the Iran sanctions will add to it considerably.

Syria might be another area where the ripple effect of the Iran sanctions will be felt. If the sanctions weaken the economy of Iran considerably making it unable to support its intervention in Syria, or if the U.S. succeeds, through negotiations, in forcing Iran to withdraw from that country, the position of Russia there will be shaken considerably. Although Russia turned the tide in favor of President Bashar Asad’s regime when it intervened in Syria in September 2015, it continues to depend on Iran and its associated militias to do the ground fighting.

The weakening of the Iranian presence will lead, optimistically, to the acceleration of the peace process. Russia, having realized most of its military and political objectives in Syria, is already looking for a peace settlement to the conflict and would be even more eager to reach an understanding with the Americans to achieve it. The pessimistic scenario, on the other hand, would have the Americans emboldened, seeking to oust Russia from Syria and Iran stoking the conflicts in the region.

Lebanon will also feel the ripple effect of the Iran sanctions. It is true that Hezbollah has been under increasing American sanctions without much effect on the economy of the country or its political and financial stability, but this is only because the United States has made sure that these sanctions do not have such an effect. The American sanctions on Iran, and those more directly aimed at Hezbollah, seek, among other things, to impoverish Hezbollah and force it to withdraw its troops, estimated at 10,000 fighters, from Syria back to Lebanon. These will be added to the 30,000 or more troops already there, including reserves. One can only ponder the possible outcomes of this situation on the stability of the country.

Europe’s relations with the United States, the Russian-American relations in Syria and the outcome of the Syrian civil war, as well as the long-term stability of Lebanon, are certainly not the only issues that will be affected by the American sanctions on Iran. Yemen, Iraq, Bahrain, indeed the entire Middle East will feel the ripple effect of these sanctions. What needs to be remembered is that the sanctions are not only a bilateral matter between Iran and the United States, their effect will be felt throughout the entire Middle East and beyond.