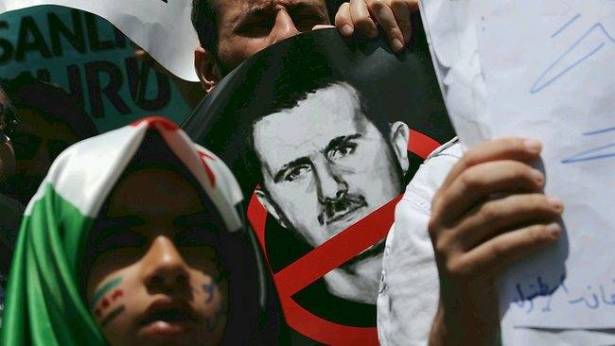 Addressing parliament on June 7, 2016, Syrian President Bashar Assad rejected power-sharing by calling for a national unity government, instead of what the permanent five members of the U.N. Security Council demanded in 2012: a transitional governing body arrived at via the mutual consent of regime and opposition negotiators. As the Syrian constitution accords all power to the presidency, a national unity government – a prime minister and Cabinet of ministers – would be just as powerless, listless and pathetic as what passes for a government in today’s Syria. Real power would remain in the hands of the mafia family currently owning the presidency.

There is plenty of creative thinking about face-saving, power-sharing political formulas that could stop Syria’s bleeding and encourage genuine national unity against the so-called “Islamic State” (Daesh, ISIS, ISIL). All of it involves some manner and degree of voluntary devolution of power by the ruling family. As such these formulas misapprehend the nature of the problem. The Assad system breathes on the pure oxygen of absolute power. It cannot share its lung and survive.

Just as he accommodated his entourage by reacting violently to peaceful protests at the beginning of Syria’s uprising, so Assad now assures his enforcers that he has no intention of mounting the slippery slope of political compromise. Impunity and immunity require absolute power. Willingness by Assad to compromise would alert the entourage to its expendability. Having engaged and implicated a large and violent team of enforcers in a spree of crimes against humanity, the family’s head knows he would not long survive a power-sharing arrangement or even a serious discussion thereof. His appetite for serious negotiation does not, therefore, exist.

Hence the appeal by the West to Russian goodwill and enlightened self-interest. Yes, the Barrel Bomber in Chief is objectively inimical to Moscow’s interests in Syria, in the region, and around the world. Yes, if regime and Russian attacks on civilians do not cease, the peace process will break and Russia – along with Iran – will own the North Korea of the Levant. Yes, a new American president may conclude (and not just on the basis of Syria) that Russia is a dangerously irrational adversary to be consistently confronted: economically, politically, and – when necessary – militarily. The price tag for supporting Assad does not suggest a bargain.

With normal leadership Russia would quickly reach an obvious conclusion: its interests in Syria, the region, and beyond could best be secured by giving Syria’s crime family an offer (accompanied by a suitable, if implied, “or else”) it cannot refuse: a comfortable, protected existence outside of Syria. Ironically, conventional Russian interests could be better protected by the head of the Syrian opposition’s negotiations committee – former Prime Minister Riad al-Hijab – than they can by Assad, who is a permanent liability and who is using the military advantage handed him by Moscow to undermine peace talks Russia supposedly wants. Yet Russia’s leadership is not normal, and this gives Assad the ability to bite the hand that feeds and to do so with complete confidence.

For Russian President Vladimir Putin, Syria is all about beating the United States and, by so doing, persuading Russians that corruption, economic downturn, and chronic misrule are all worth it. Putin tells his people what he told the U.N. General Assembly last year: that “regime change and democratization” must be stopped cold. Assad is his poster child. Assad knows it. Assad does as he pleases.

Short of making Damascus the new Canossa for self-abasement, there is nothing President Barack Obama can do to persuade his Russian counterpart that he is not seeking violent regime change in Syria. Putin knows Obama has no such intent. Putin, like everyone else, witnessed the red line episode. This is all about pummeling a straw man. Presumably the beating would stop if the American president were to humble himself in front of his Syrian counterpart. Yet this will not happen.

Instead, Putin must be persuaded that the costs to him of supporting Assad outweigh a gain that could only transpire if the American presidency falls to someone willing to make common cause with him and his war criminal client. Putin could, hypothetically, trade Assad for becoming the nominal head of the anti-Daesh coalition: This could get him the “Russia is back as a world power” symbolism without sullying his country’s reputation. Such an offer should be accompanied by warnings that the Obama administration will, in the end, take steps to protect Syrian civilians from Assad’s mass homicide unless Russia takes him out of that loathsome business.

Russian military officers and civilian officials working on Syrian humanitarian issues have no illusions about the Assad regime and how its filthy behavior soils the reputation of the Russian Federation. Their president should align himself with them, just as the American president should give his Secretary of State some leverage. With the exception of Iran – which sees Assad as the only Syrian willing to subordinate himself to Tehran’s Lebanese militia – the Assad regime is a drag on one and all. But Assad and his family will not move. A Russia attentive to its national interests would at least try to save Syria from this mafia operation and rescue its own reputation.